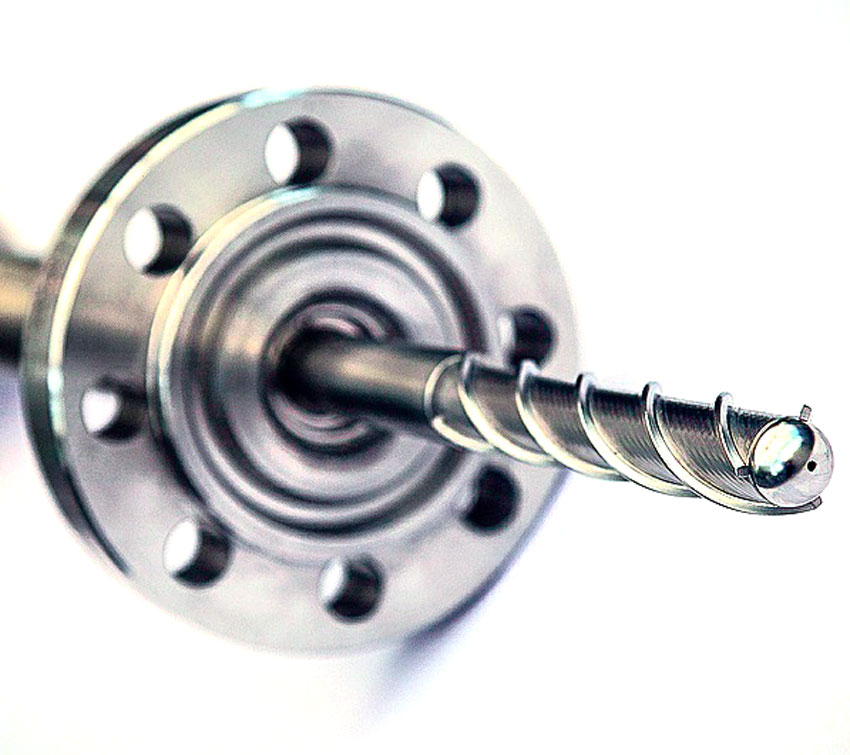 Orbital’s VE Technology is an innovative solution to many of the common issues encountered by traditional thermowells. The problem of vortex-induced failure is traditionally solved by structurally reinforcing the thermowell body. However, this method actually exacerbates the issue and transfers the stress to the mounting point, which can cause even more of a problem (e.g. fatigue, stress and cracking of the pipeline wall). The VE Thermowell has a radical new design to provide best-ever safety and performance. Orbital machines a helical strake into the body of the probes, producing a design that has been meticulously researched and calculated to eliminate all vortex induced vibration.

The VE Thermowell makes process temperature measurement safe and accurate. Extensive wake calculations are no longer needed to be confident your equipment is safe from vortex induced vibrations, and concerns about thermowell failure or a major pipeline failure caused by poor thermowell design are eliminated. Because the helical strake eliminates the vortex effect, we can reduce the wall thickness of our thermowells. This means there is less thermal mass in Orbital’s thermowells, which results in a much faster and more accurate temperature response.

See the full results from the final report on the tests of the Orbital VE helical strake thermowell performed on May 1, 2017. READ MORE

Sampling errors may not have been seen when using conventional methods. Orbital conducted a H2S comparison testing between its VE Technology system and a conventional system, to demonstrate the benefits of VE Technology. READ MORE

VE Technology® has overcome an engineering challenge that has thwarted the thermowell industry for many years. READ MORE

Orbital Gas Systems, in partnership with Daily Thermetrics, conducted flow lab testing for helical strakes for thermowells and sample probes on Monday, May 1, 2017, at the Southwest Research Institute in San Antonio. This first-of-its-kind test proved the effects of vortex-induced-vibration on traditional and helical probe geometries in a typical high-pressure, high-velocity pipeline environment. READ MORE

This website uses cookies to improve your experience while you navigate through the website. Out of these cookies, the cookies that are categorized as necessary are stored on your browser as they are essential for the working of basic functionalities of the website. We also use third-party cookies that help us analyze and understand how you use this website. These cookies will be stored in your browser only with your consent. You also have the option to opt-out of these cookies. But opting out of some of these cookies may have an effect on your browsing experience.
Necessary Always Enabled
Necessary cookies are absolutely essential for the website to function properly. This category only includes cookies that ensures basic functionalities and security features of the website. These cookies do not store any personal information.
Non-necessary
Any cookies that may not be particularly necessary for the website to function and is used specifically to collect user personal data via analytics, ads, other embedded contents are termed as non-necessary cookies. It is mandatory to procure user consent prior to running these cookies on your website.
SAVE & ACCEPT